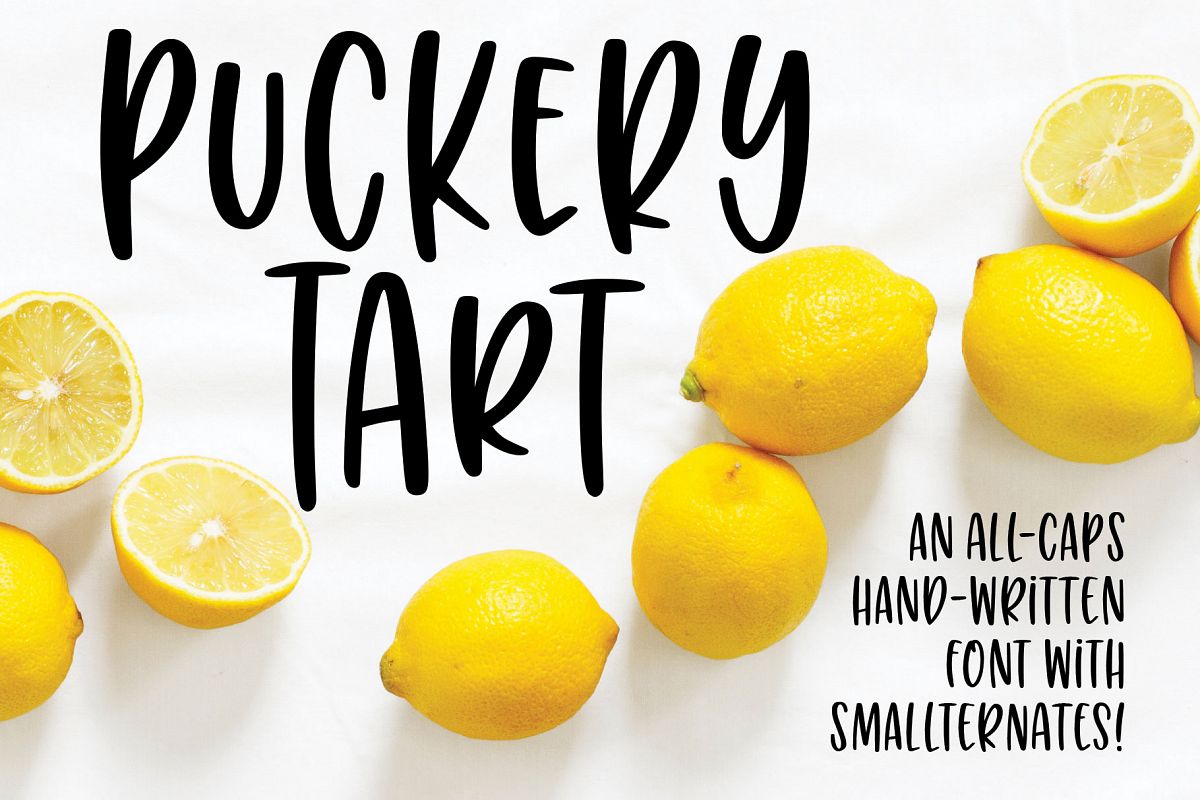 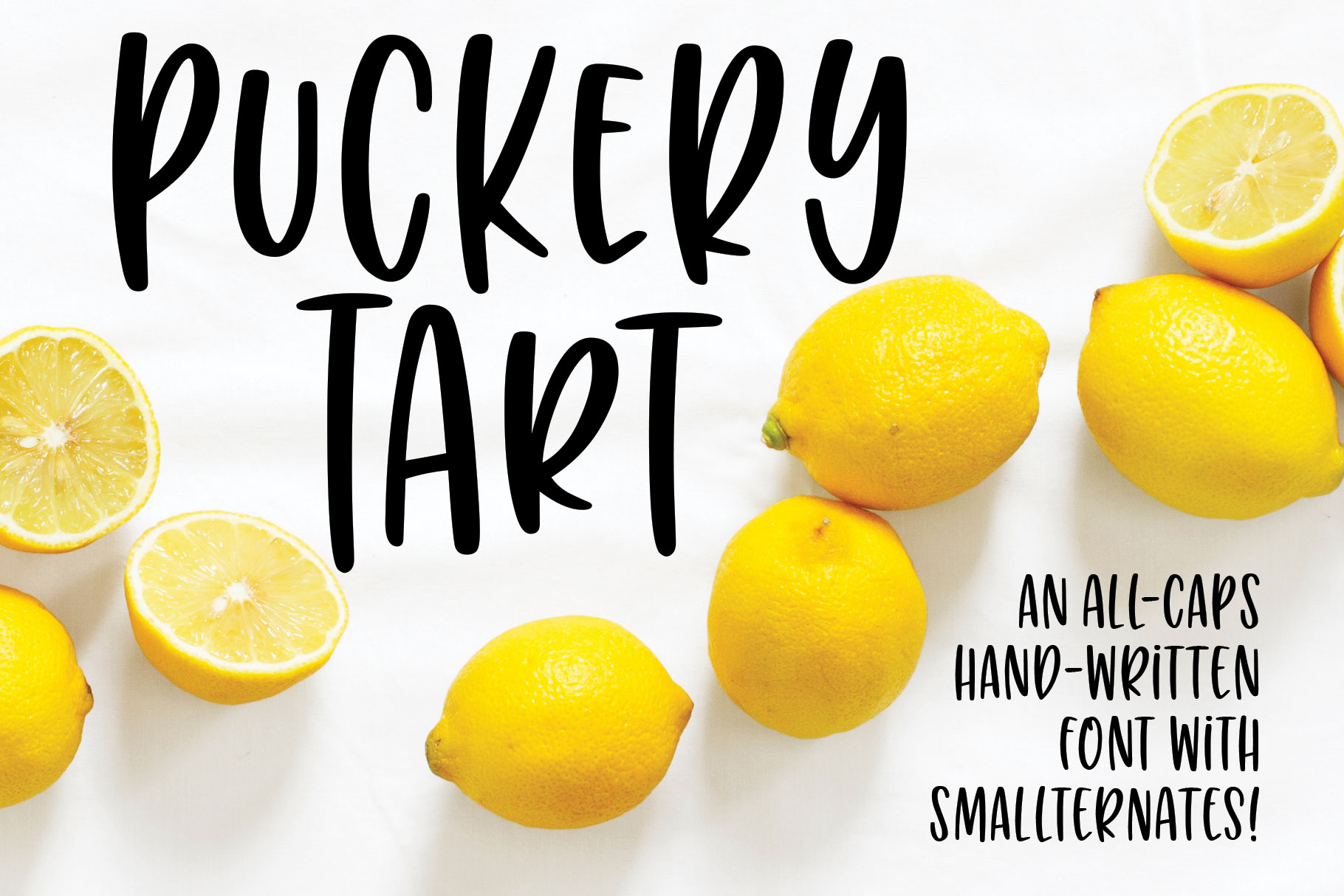 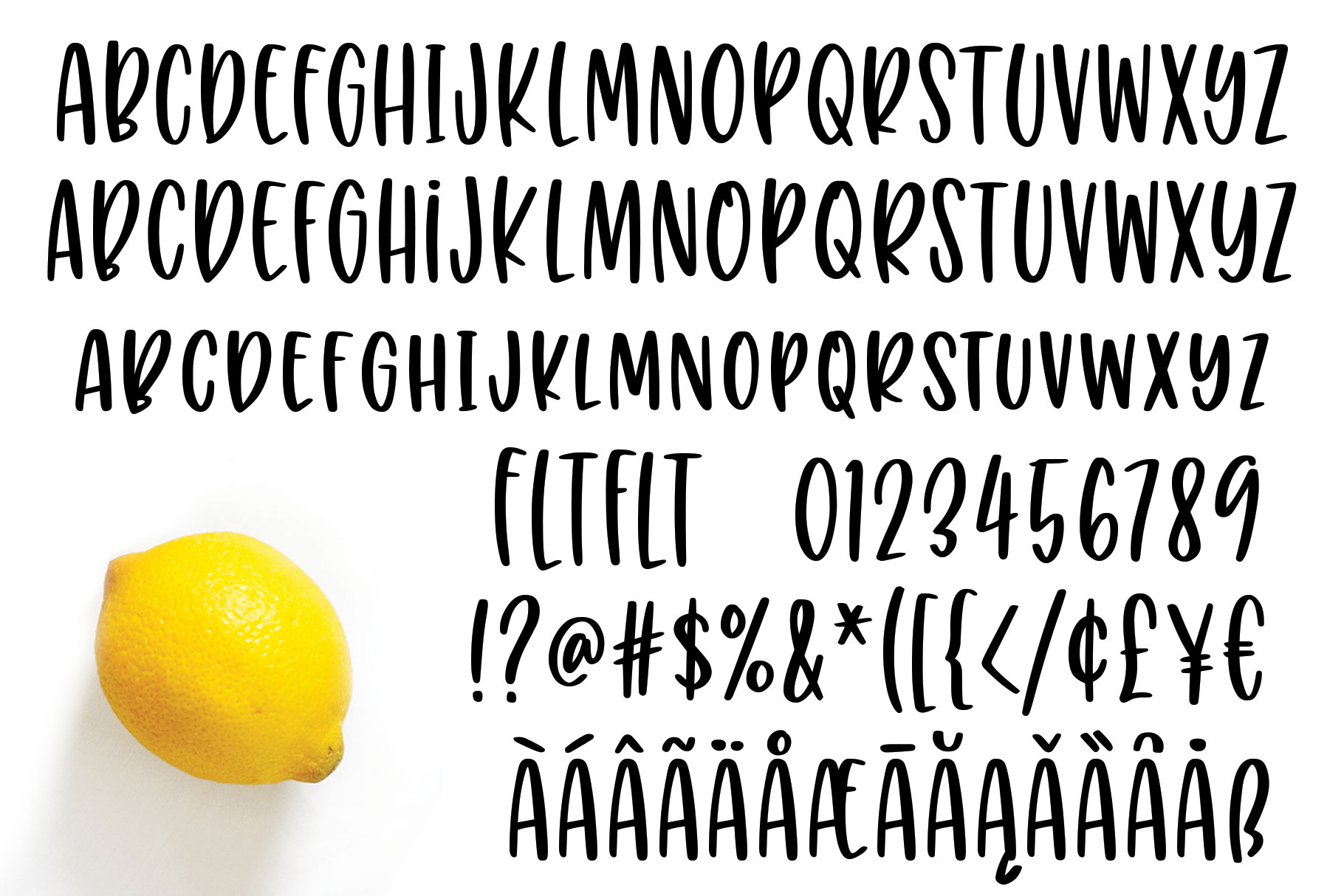 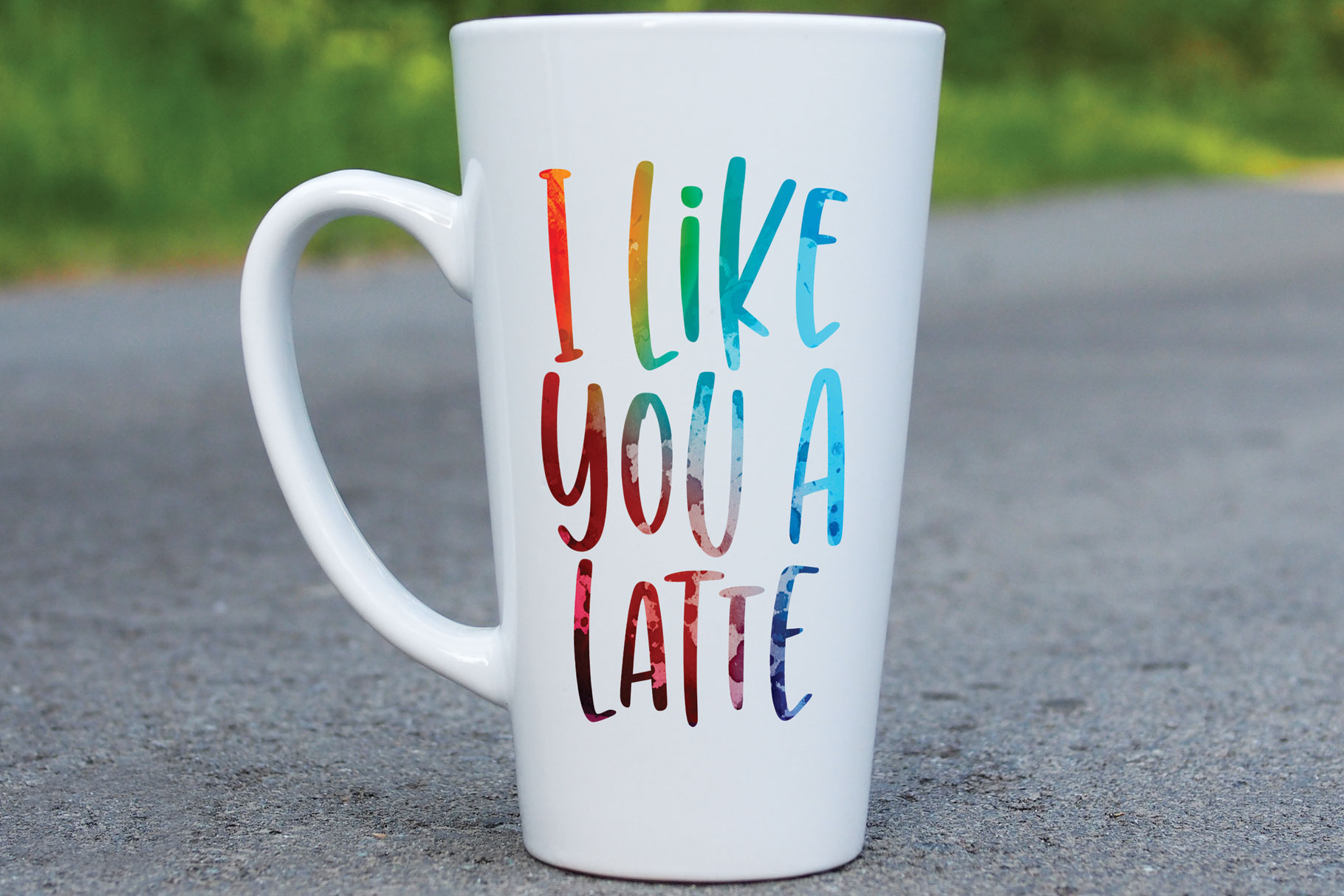 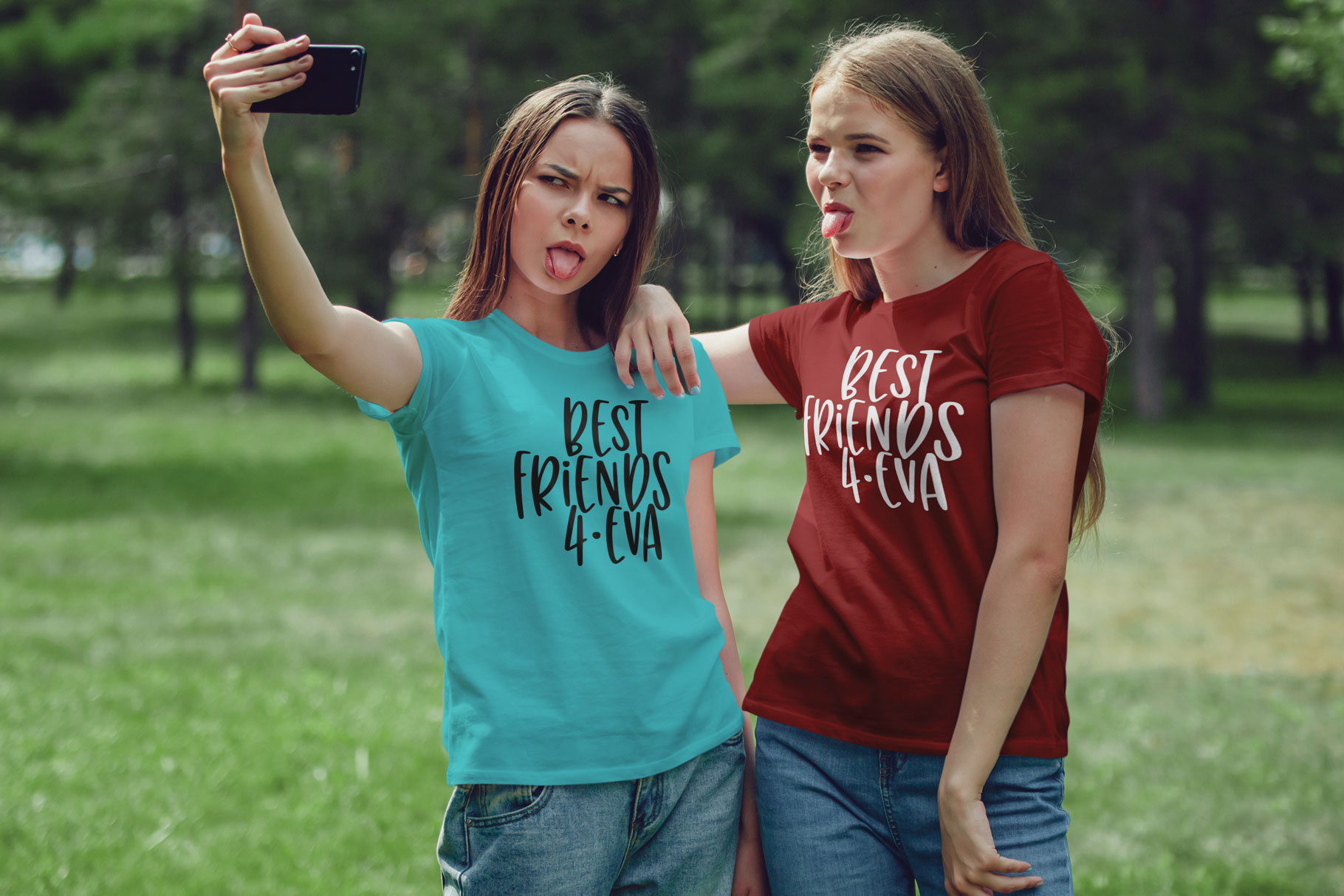 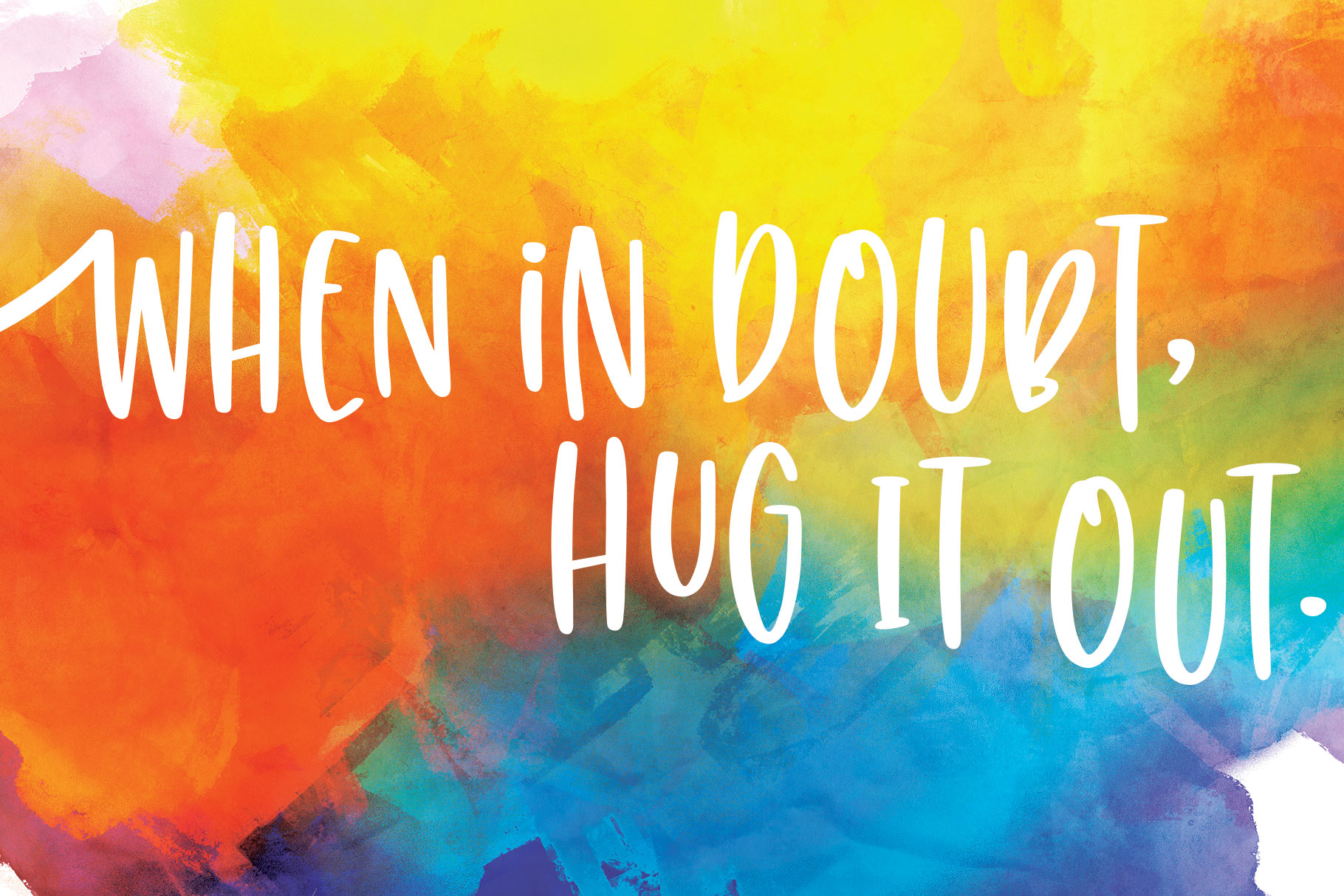 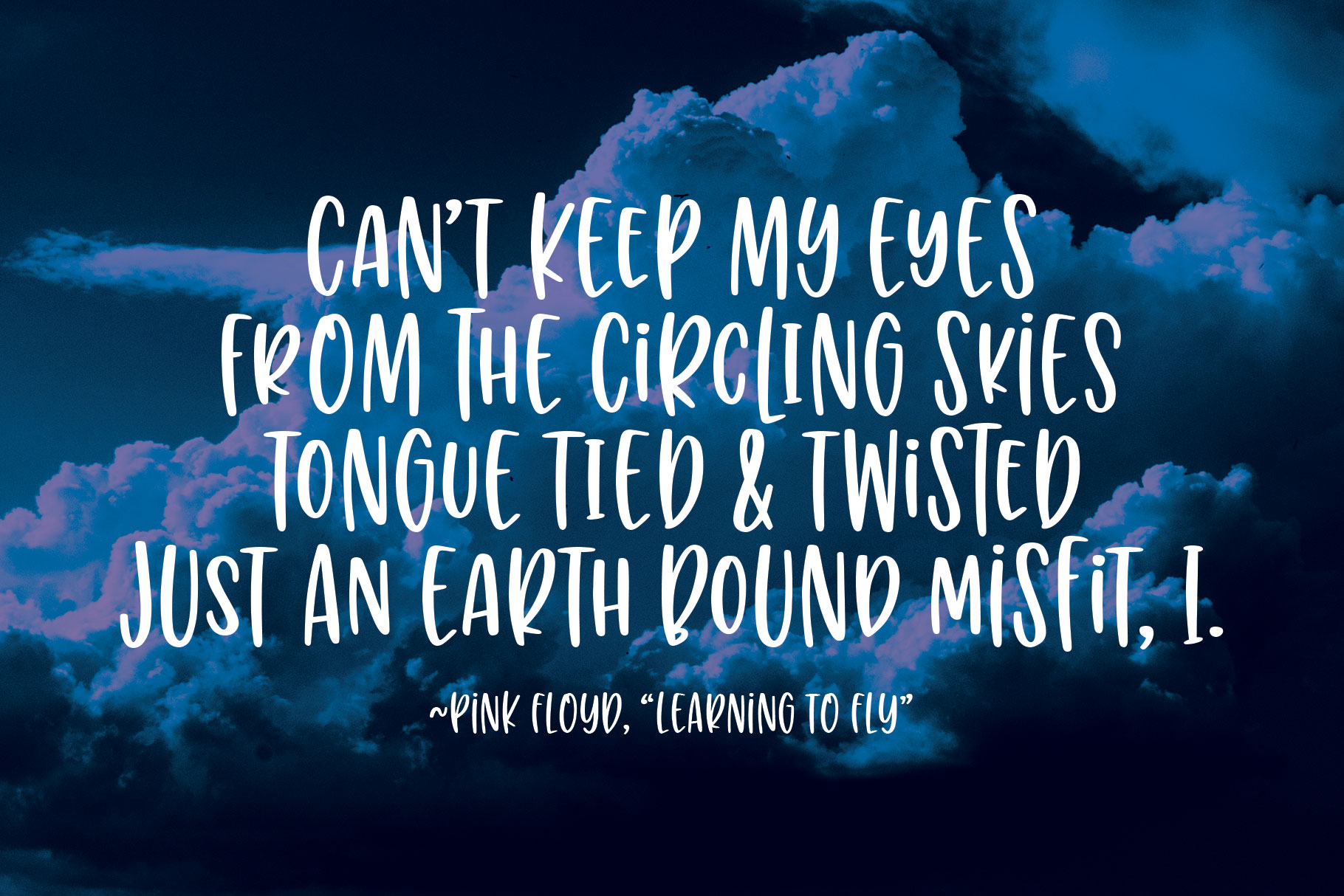 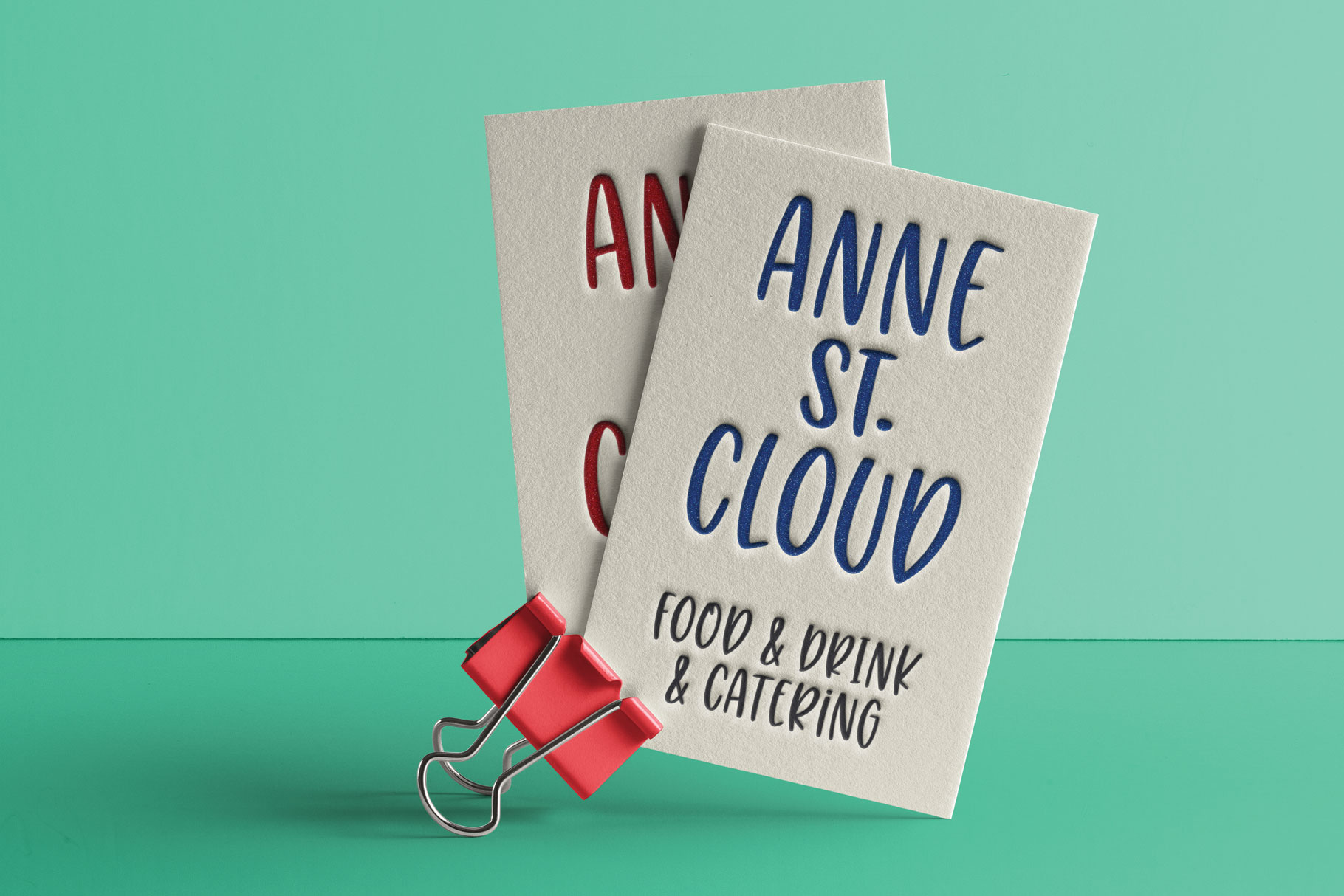 View Font Glyphs
Share this product
I like almost all citrus, but I gotta be honest — lemons are by far my favorite. After wanting one for over 20 years, I recently got my very own lemon tree, so I'm celebrating by naming a font PUCKERY TART!
This is a taller, narrower hand-lettered font with plenty of variety to make your projects look hand-written!
Puckery Tart is a double-uppercase font: one full set mapped to the uppercase letters, and another set of uppercase mapped to the lowercase letters, so you can mix and match between the two. But that's not all! I've also included a full third set of shorter alternates (Small Caps if you have OpenType software; available in the PUA character section if not) to add some variety. Plus, I've thrown in a few extra-tall versions of F, L, and T — those classic letters that like to cuddle other letters.
Puckery Tart also contains over 300 extended Latin characters for language support, including, but not limited to: Catalan, Czech, Danish, Esperanto, Estonian, Finnish, French, Gaelic, German, Icelandic, Irish, Italian, Latvian, Lithuanian, Norwegian, Polish, Portuguese, Romanian, Serbian (Latin), Slovak, Slovenian, Spanish, Swedish, Turkish, Welsh, and more! 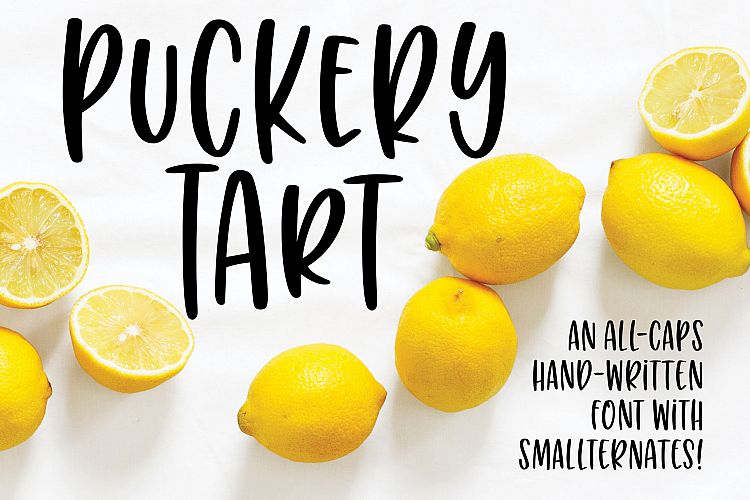 By Missy Meyer Fonts
Add to Cart
Email Us
Loading ...